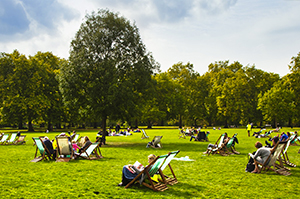 W
hen you have had your fill of relaxing in the peace and comfort of your room, take a trip out to discover that you are in the heart of swinging Chelsea. Fernshaw Road leads onto the Fulham and the Kings Roads, with ‘world wide’ choices of food, every sort of entertainment, shopping for anything from high-end fashion to the smallest useful thing you forgot to bring (if it isn’t in the room already. We try to think of everything).
W
e are surrounded by parks within a short distance: Battersea Park and the famous Brompton Cemetery being the closest, but quickly followed by Holland Park, Kensington Gardens and Hyde Park, just a short bus ride away if you don’t feel like walking.
T
here are ridiculously frequent buses to Knightsbridge, Oxford Street, Piccadilly or Westminster, all a quick bus ride away, with great views of London for free. The bus routes that pass the end of Fernshaw Road are 211, 14, 414, 328, C3, 11 and many more. There is almost no point in running to catch one, because another will be along soon and all buses connect to the Underground which goes everywhere in London from Sloane Square, South Kensington, Cromwell Road, Earls Court, West Brompton or Fulham Broadway, all around a ten minute walk, or a three minutes bus ride from the Chelsea House.

C
helsea has a lot to offer. Perhaps a play at the Royal Court Theatre? Folk music at the Troubadour? Jazz at the 606 Club? A concert at the Royal Albert Hall? Perhaps you’re invited to the Chelsea Arts Club, or the Sloane Club? Are our world class Museums in South Kensington: the V&A, the Natural History, the Science Museum on your to-see list? Maybe you were hoping to spot a Made in Chelsea celebrity star over a good meal at Brinkleys, Bibendum or The Bluebird? Or do you just want to meander the beautifully maintained smart streets and discover somewhere like the amazing bookshop John Sandoe? Perhaps you have already booked tickets at Stamford Bridge to watch Chelsea trounce the other football team (again) or you’re all set to visit a trade fair at The Earls Court Exhibition Centre? Or just a pint at one of the many fantastic Pubs? These venues, and many more, are virtually on your doorstep. 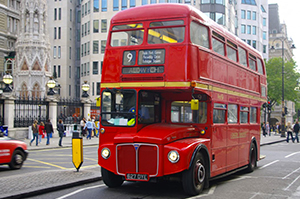 O
ur visitors often tell us that they had no idea we were so well connected with transport links. The Underground stations of Sloane Square, South Kensington, Cromwell Road, Earls Court, West Brompton and Fulham Broadway are all within a three minute bus ride or a ten minute walk from the house.
The ridiculously frequent buses can to take you to Knightsbridge, Oxford Street, Piccadilly, Westminster, with great views of central London for free. The bus routes that pass the end of Fernshaw Road are 14, 414, 328, C3, 11, 211, 22 and many more. Getting to and from the airport is also easy. We have very reasonable and reliable drivers for airport transfers (e.g. to Heathrow T1, T2 or T3 for £26).
Alternatively if you’re travelling light and like a bargain, we recommend that the Piccadilly line from Earls Court connects to Heathrow (1 hour door to door compared to 1 ½ hours by car in rush hour), whilst Imperial Wharf connects to Clapham Junction and on to Gatwick (under 1 hour door to door compared to 1 ¾ hours by car). These are also as fast and cheaper trains used by locals than the more heavily marketed ‘Express’ options. Both local stations are only a short walk or cab ride away. For Standstead or Luton, we recommend taking the overground trains to/from West Brompton which avoids the hassle of going in to the more crowded Euston or Kings Cross stations.
Useful links

Dear friends, unfortunatley due to CoVID we are shut until further notice, please keep us in your favourites and we hope to open again as soon as the crisis is over.